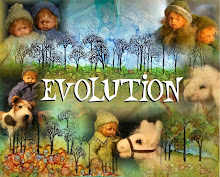 BLOG TOO: Just the Creative Stuff

I got my first copy in 1974 and have read it dozens of times since – every year at least two or three times. I have a copy of The Prophet in all of my spaces – this house, my cabin and Eden by the Sea in Newfoundland. Whenever I find one at a book sale, I pick it up to pass on to someone else. I also bought the audio, and find listening to wonderful voice who reads it, very soothing.

I made bookmarks with the quotes from The Prophet long before I started my card creations. In fact, I send his ‘On Work’ quote along with all my creations.

Gibran, born in Lebanon, immigrated to the USA as a young man where he studied art. He became known a literary and political rebel, and as being at the ‘heart of renaissance’ with his prose style poetry.

Still a literary hero in Lebanon, Wikipedia states he is “chiefly known in the English speaking world for his 1923 book ‘The Prophet’ – an early example of inspirational fiction.”  It gained a resurgence of popularity in the "1960's counter-culture", which would be why I was able to find it in the early seventies.

Also quoted from Wikipedia is the fact that Gibran is the third best-selling poet of all time, behind William Shakepeare and Lao Tzu.
Posted by EvScott at Monday, January 14, 2013

I love photography. I love words. I love quotes. I love to marry my photographs up with little tidbits of wisdom of the ages.
I not only have a passion for the creativity of capturing pictures, but also for 'playing' with them. I get great delight in 'arting' up a photo and making it unique.
Every one of the photographs are mine. The words are not. In the absence of such personal widsom & eloquence, I shall share the inspiration of others :-D

EvScott
I live, for most of the year,in a wonderful farm community in Southwestern Ontario, just minutes from the famous Festival City - Stratford. When I'm not here, I'm at our home by the sea, in beautiful Newfoundland. I am PASSIONATE about my family, my friends, my critters, my art, LIFE in general. I'm going in too many directions at once - always have been, always will be. It's who I am.